The Ford 4.6 Engine was introduced as the first engine in the Ford Modular engine market way back in 1991. The engine stayed in production for a long run until 2014. Ford improved the 4.6 lineups with three variants – the 2-valve, 3-valve, and 4-valve. The Ford 4.5 horsepower values vary from 190hp to 806hp but the numbers usually fall within the 200-300 horsepower ballpark. 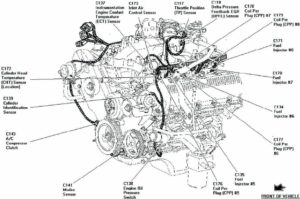 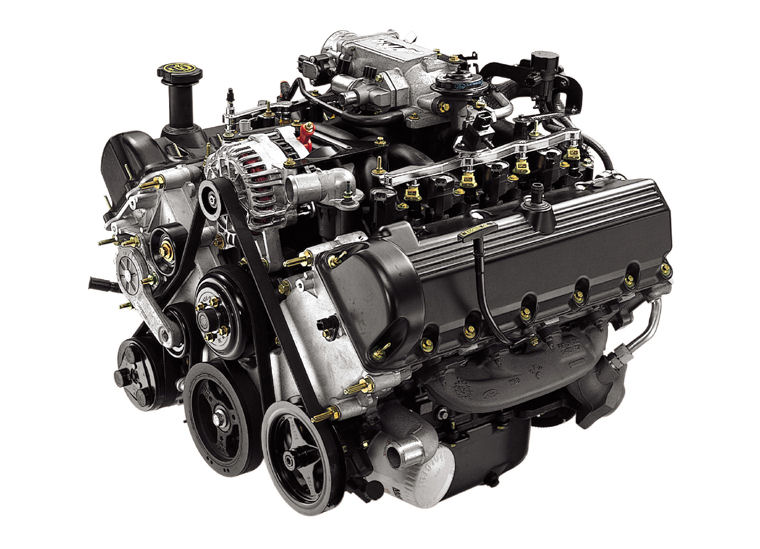 The Ford 4.6 engine does encounter some problems along the way but that is not always true for every car owner. It is possible that you might never experience these problems except if your Ford 4.6 engine is 20 – 30 years old. However, you should take note of these common problems and their solutions in case they occur.

Ford 4.6 timing chain tensioner gaskets make use of a sealing bead that molds directly to the tension housing. When the bead goes bad, you will have to replace the tensioner. You should be able to find aftermarket products to replace the gaskets rather than the entire tensioner.

Another timing chain problem could arise from the timing chain guide which is subject to lots of abuse with use. Most of the 4.0 liter Ford engines make use of plastic guides which don’t offer much reliability.  With time, these guides will wear out and fail which will cause issues with the 4.6L timing. You might notice problems like cold start rattling, rough idle, and the P0300 code when this happens.

The chain rattle on cold starts happens as the guides wear down. This allows too much slack in the timing chain which will cause it to rattle. Depending on what actually went wrong, you might have to replace the tensioner or the gasket. You might also want to consider replacing the chain and guides.

The intake manifold problems are more evident in 4.6L engines up to the model year 2001. These manifolds feature a plastic build which shouldn’t be a problem, however, there is a design flaw in the system. The problem here is that the alternator bracket into the plastic which puts extra stress into the intake manifold. With time, this can cause cracks to develop around the mounting leading to a coolant leak.

Another problem is that the temperature and rear heater hose could get lose leading to another coolant leak. If you have an engine from 2002 and above, you won’t have to worry about these problems as they feature an aluminum crossover piece in the intake manifold as well as a stronger aluminum mount. When the cracks become problematic, you will start to notice coolant leaks, misfires, poor performance and overheating.

If the cracks lead to a coolant leak, you won’t notice right away until it gets worse or you notice that the engine overheats. To solve this problem, you will have to replace the intake manifold.

The low oil pressure light is the main giveaway to the problem at hand as you might not notice the other symptoms until it is too late. If the engine loses too much oil pressure, the engine will overheat which could lead to serious internal engine damage. The rod bearings are usually the first parts to give out which will lead to rod knock.

Engine misfires are more like the symptom of a problem rather than a problem themselves. Engine misfires could signal a problem with the ignition system which is most likely due to spark plug problems. In some 4.6 engines, there are issues of spark plugs breaking into two which makes it very difficult to remove the spark plugs.

Spark plugs breaking could be due to people not replacing the spark plugs soon enough. As the spark plugs get older and wear down, they become stuck and the extra pressure applied in trying to remove the spark plug can cause it to snap in half. To prevent this, you should change the spark plugs a bit sooner than recommended. Signs like rough idling, poor performance, and misfires are symptoms of spark plug issues.