If you’re on the market for a Chevy 305 engine or you’re looking to make modifications to your engine and boost its horsepower, it is important to know the components of your engine. This Chevy 305 Engine Diagram comes with all the details of the Chevy 305 giving you insight into how this engine became one of the best in the 1900s.

We also included a guide on how to boost the horsepower of the Chevrolet engine to meet today’s standards. 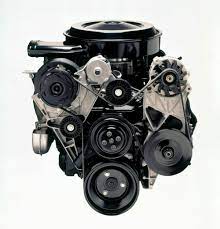 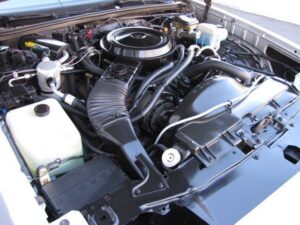 History of the Chevy 305 engine

The Chevy 305 engines were introduced into the market in 1976 and had a long until 1998. The engine featured a displacement of 305 cubic inches and was designed to take over were 283 and 307 engines had performed.

Due to the small displacement on the Chevy 305, it was able to provide better fuel economy and efficient production. It also provided more horsepower and torque than the six-cylinder Chevy engines produced at that time. It became the main choice in the 1980s.

The 305 featured a lighter crankshaft than the 350 but still remained identical in many aspects. Being a corporate engine, the Chevy 305 has appeared in a wide range of cars and trucks including the Chevrolet C/K series of trucks and vans.

The 305-cubic-inch small-block Chevrolet engine is considered under powered by most hot-rod enthusiasts and fortunately, there are many aftermarket parts designed to increase the horsepower of the engine. Some improvements will require the engine to be removed from the car and rebuilt which will take a lot of work. Luckily, there are also improvements that only need some parts to be added to the engine.

You can easily boost the horsepower of the Chevy 305 engine with the addition of a few aftermarket products. By replacing or adding the listed components you should be able to achieve more with the 305 cubic inch engine.

The exhaust manifold of the 305 engine restricts airflow from the engine thereby increasing back pressure. The back pressure is the result of the obstruction of the flow of air causing air to build up behind the obstruction and increasing pressure. This back pressure will result in exhaust gases contaminating the fresh fuel-air mixture in the combustion chamber thereby reducing power. You can purchase aftermarket exhaust manifolds to increase the flow of exhaust gases which will decrease back pressure and increase the power of the engine.

Replace the intake manifold and carburetor

If you own a newer car with a Chevy 305 engine, you will boost the horsepower with a change to the computer-controlled electronic ignition system. Simply switch the original chip with a special aftermarket computer chip. These aftermarket chi8ps are designed to alter the performance profile of the car and provide it with additional horsepower. These computer chips can offer boosts of up to 75 horsepower in different Chevy cars running with the 305 cubic inch engine.

While adding or replacing the engine’s components with aftermarket products will give the engine a little boost, rebuilding the engine is the best way to increase horsepower in the long-term

Bore and hone the cylinder

Rebuilding an engine is not an easy task. This will require the removal of the engine from the vehicle and stripping it down completely. Then you would have bore and hone each cylinder and replace the pistons and rings to increase the displacement of the engine. This will also restore the lost compression from worn rings. You might not be able to handle this yourself as you would need a cylinder boring machine.

You could find aftermarket camshafts that can increase the power of the engine.

Port and polish the heads

Just like replacing the exhaust manifold with an aftermarket intake manifold, porting and polishing each valve seat increases the flow of air into and out of the engine by removing restrictions. This also allows for a smoother and better fitting seat for each valve thus preventing leaks when the valve is closed.

Take note that boosting the horsepower of an engine would require some experience or you will end up damaging the engine. You should avoid rebuilding the engine if you have no experience, tools, or time.

By many specifications, the Chevrolet 305 and the 350 cubic-inch engines are very similar with exception of cylinder bore size. However, Chevrolet small-block V-8 engines are quite easy to identify. You simply have to match the engine ID number to a listing of suffix codes which will identify the detail of the engine in question. There are also visual methods of identification which include tags and labels on the engine. To differentiate between both engines, you can follow the steps

Look for the engine ID Numbers

Small-block Chevrolet engines feature an ID number that can be found on the left side of the engine block right below the cylinder head and near the alternator. You might have to loosen or remove the alternator to see the number.

The ID number on the block will consist of up to eight positions. The prefix portion begins with a letter followed by four digits which indicate the month and day of manufacture. The letter indicates the engine manufacturing plant. For example, you could find the four digits “0225 which is the date and translates as February 25.

Identify the suffix portion of the ID number

In the late 1970s or early 1980s, the main Chevy 350 engine models available were the carbureted models which didn’t offer just enough horsepower but still did quite well. The late 1980s and early 1990s saw the introduction of fuel-injected models which offer high horsepower to meet your performance needs.