The Chevy 350 starter is a small motor, powered by a battery that typically does what the name implies, it starts the car. If you notice a hard starting, noisy starting, or low starting condition, there are chances that your starter is bad or its components are damaged. However, you won’t have to take your vehicle to the auto repair shop to get this fixed.

This Chevy 350 starter wiring diagram will not only guide you when wiring the starter but also making repairs when needed. 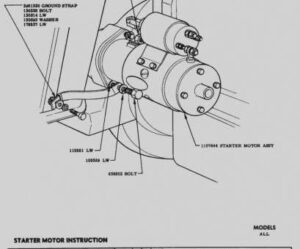 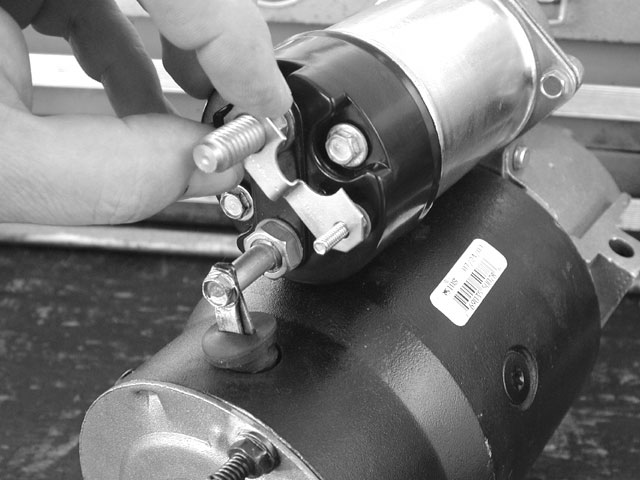 How to Wire a Chevy Starter

A Chevy starter will require a lot of amperage which will need a large 4-gauge wire from the battery to the starter solenoid. The solenoid will act as the switch, opening and closing the high amperage circuit connected to the starter. The ignition key will supply power to actuate a relay which in turn actuates the solenoid.

Using a 14-gauge wire, connect the inline fuse to the battery positive terminal and install a yellow circular post connector on the end of the wire. Crimp the connection with the crimping tool, then install the terminal under the bolt on the positive terminal.

Unroll the wire and run it to the relay. Try as much as you can to conceal the wire up to the relay, then install a yellow female spade terminal on the end of the wire. Crimp it and plug it into the battery+ terminal of the relay.

Engaging the starter while the engine is running can be problematic but so is cranking the starter continuously for a long period of time.  If you’re having trouble getting the engine to start, the recommended practice is to crank for 30 seconds, then wait 30 seconds to avoid damaging the starter. You can also use these tips to troubleshoot your starters without having to take your car to the repair shop.

If your Chevy starter is noisy when it cranks, the problem could be due to improper alignment of the starter or improper engagement between the flywheel ring gear and the starter pinion.

Also, the starter could work correctly by engaging and cranking the engine, but then skip and spin freely.

The problem could be due to other parts of the vehicle rather than the starter itself.

Check the battery terminal for corrosion or loose terminals. Also, check the battery charge, then the wires in the starter circuit if they are loose, damaged, or corroded.