The Dodge 318 engine was considered one of the most powerful engines of its time. The engine went through many improvements and became the mainstay of many Dodge, Plymouth, and Chrysler vehicles for several decades.

In this piece, you will find a detailed and updated Dodge 318 Engine Diagram to guide you through the engine’s components and operation. 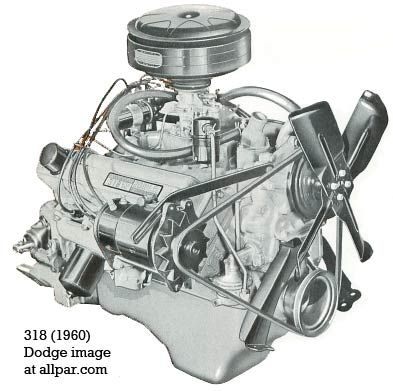 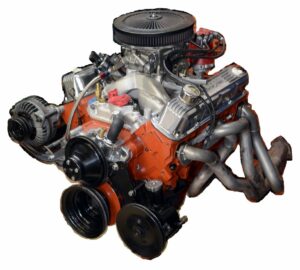 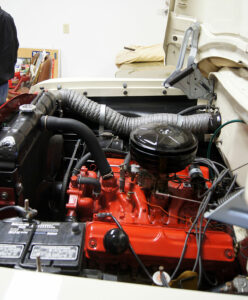 About the Dodge 318 Engine

The Dodge 318 V-8 engine was introduced in 1967 until 2002. The engine served a lot of vehicles within the Dodge, Plymouth, and Chrysler lineup. It was considered a remarkable and durable Chrysler engine which is why it became a mainstay for many of the company’s vehicles for decades. The 318 engine was engineered for the smaller Dodges and Plymouths but would later be expanded to include the larger full-size Chrysler line of cars. The 318 featured a 3.91-inch bore and 3.312-inch stroke. Its compression ratio in 1968 was a hefty 9.1:1. This was later improved and reduced to 8.6:1 in 1973. The engine was equipped with a two-barrel carburetor and delivered 230 horsepower at 4400 rpm with 340 foot-pounds of torque.

The Dodge 318 engine is likely to have a leaking plenum gasket. The intake manifold on the engine is built in two pieces. A stamped steel plate is connected to the cast aluminum manifold. The plenum gasket connects the plates and the manifold together.

The plenum gasket wears down faster than most gaskets which could result in an air leak/vacuum leak that will lead to a drop in performance as well as engine problems.

An intake manifold leak will cause the engine to lose its vacuum or its ability to suck air into the cylinders through the manifold. The result is a performance problem as the engine’s ability to generate power will be limited. In the long run, a leaking plenum gasket will lead to excess oil consumption poor fuel economy, and clogging of the catalytic converters. This could lead to costly repairs in the future.

You should check for a leaking plenum gasket when you notice poor idling and performance, excessive oil consumption, pinging noise from the engine under acceleration, lack of power, and bad spark plugs.

You will notice oil and buildup within the intake manifold or you can go ahead to remove the PCV valve and test it for vacuum pressure to confirm the problem. If you catch the problem early, you could get it solved with an aftermarket repair kit. You need to replace the whole intake manifold rather than the OEM gasket. Doing the latter will only solve the problem for a while.

The camshaft position sensor is designed to measure the position and speed of the camshaft and send the readings to the ECU. This helps to determine how much fuel should be sent into the combustion chamber. In addition, it helps to control ignition timing and ensure that the needed amount of fuel is being ignited at the right time.

The cam position sensor is prone to failing or clogging up with dirt dust or grime. This could build up in the sensor with time causing it to fail or malfunction. When it does fail, the sensor will send incorrect readings to the ECU which leads to incorrect timing and air-to-fuel ratios and results in performance issues.

If you notice the check engine light, P1391 and P0340 codes, poor performance, hard starting, or rough idling, you could be experiencing a camshaft position sensor failure.

This could cause an air leak and a ticking noise. The exhaust leak allows engine gases to enter the atmosphere without being burned in the catalytic converter. It could also lead to performance issues and other engine problems.

Fixing this problem is as simple as replacing the broken bolts and gasket.

The Dodge 318 engine makes use of 46RE & 46RH transmissions which could pose a problem. Torque converters and transmission cooling lines could go bad on these transmissions. They also do not hold up well with towing.

You will start to notice problems around the 100,000-mile mark. When the transmission starts to fail, you will notice slipping gears, hard shifting, grinding when the tranny shifts, and leaking transmission fluid. The best solution is to get a mechanic to check the vehicle.