The Ford 4.0L V6 is a single-overhead-cam (SOHC) engine considered one of the most powerful engines from Ford during its time. The engine made an appearance in several Ford vehicles though was replaced with newer, more powerful, engines. The engine, however, is still considered a powerhouse especially if you’re using an older vehicle.

If you want to fix a Ford 4.0L V6 engine to your vehicle, this Ford 4.0 SOHC engine diagram should be of help. 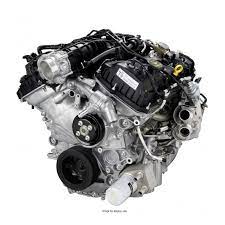 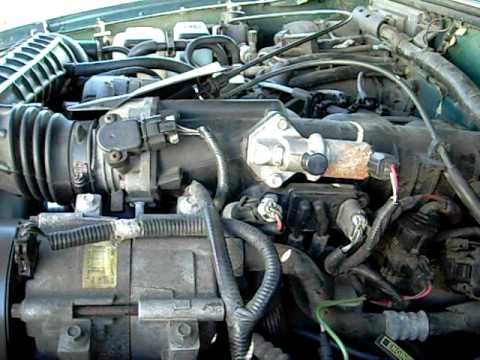 About the Ford 4.0 SOHC Engine

The Ford 4.0-liter single-overhead-cam (SOHC) engine was first introduced in 2001 as a replacement for the over-head-valve (OHV) 4.0-liter engine. The engine was limited to the Explorer and Ranger models. The Ford 4.0 V6 engine has a bore of 3.95 inches and a stroke of 3.32 inches. The bore and stroke combine to create a total engine displacement of 245 cubic inches and features a compression ratio ranging from 9:1 to 9.7:1, depending on the year and model of the car. The engine has two valves per cylinder, one intake, and one exhaust making a total valve count of 12.

The early engines in the Ranger and Explorer vehicles had to deal with a timing chain rattle problem which was due to the poor design of the teflon chain guides. The noise usually gets louder, the higher the rpm. However, the Ford 4.0L SOHC is not an interference engine so timing chain failures won’t bend the valves as with other engines in the Ranger and Explorer models. However, a timing chain problem can be troublesome and costly to repair.

Ford issued a TSB to fix the timing rattle problem and released a redesigned cassette featuring the timing chain, gears, guide, and tensioner assembly for the left front timing chain. You can replace this timing chain without having to pull the engine out of the vehicle.

However, if you’re dealing with an engine with a bad rear chain or guide, or the chain guide fails and throws debris into the crankcase, you will have to take the engine out to make the required repairs. You will have to remove the flywheel and the flexplate to replace the rear cam drive cassette and then pull the oil pan to clean any debris on the oil pan and the oil pickup screen can be cleaned out.

You might also need a special tool kit to hold the cams and tension the timing chains to prevent the crankshaft from rotating while working on the cam drives as well as a proper puller to get the harmonic balancer off the crankshaft.

Head gasket leaks are not common in the Ford 4.0L V6 and replacing the head gasket shouldn’t be a problem if such happens. You could replace the left head gasket with the engine in the vehicle if there is enough room to pull the head. However, if the right head has to be removed, the only way is to do so is to get the engine out of the vehicle due to the rear cam drive on the right head.

Rather than having to remove the engine, you could go for a good used low-mileage 4.0L SOHC V6 engine that can be swapped into your vehicle. However, you should take note of how many miles these engines have on them as they might not be as viable as you think. The best option is to install a remanufactured engine.

If you’re having such problems with your engine, it is best to refer to the mechanic or take your vehicle to an auto repair shop so that they can recommend the necessary steps to follow. They should give you some advice on which option will work best for you and your vehicle.