The governor in a Tecumseh engine is a device used to control the rpm or speed in an engine. The governor detects the changes in the load and adjusts the throttle to compensate. An increase in the load will decrease the rpm of the engine. There are several types of governors – mechanical, pneumatic, and electrical.

In this post, you will find a detailed Tecumseh Governor Linkage diagram showing you all the components of a governor and how it works to detect changes in load and adjust the speed in the engine. We also added a guide to issues that are common with governors and how to adjust the governor to produce the desired results. 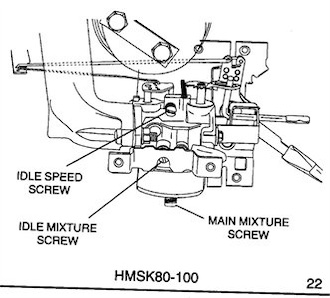 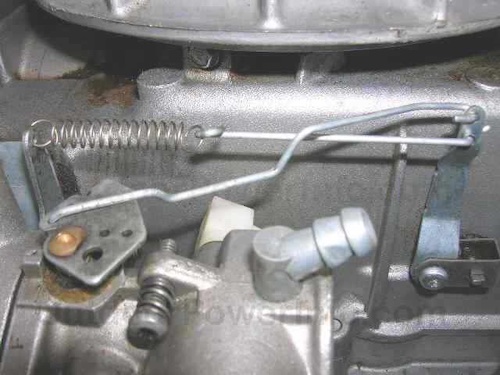 How the Tecumseh Governor Works

The governor system works like a cruise control system in a vehicle. In your lawnmower or any other outdoor power product, it will maintain the speed of the machine. This is quite helpful when you have to put the machine through different loads – the amount of work that the engine must perform. The governor will keep the speed steady regardless of the engine load.

With your lawn mower machine, the engine will have to do more work when going through hills or taller grass, the same goes for other machines like chippers which have to perform more work when you send thicker branches through the machine. Without the governor, you will have to adjust the throttle manually each time you put the engine through more load.

While there are three types of governor systems – mechanical, pneumatic, or electrical, Tecumseh engines come with a mechanical governor, but you would upgrade to a pneumatic governor on your engine (if possible).

Mechanical governors make use of gears and flyweights inside the crankcase to control engine speed. These will detect changes in the load and adjust the throttle to compensate.

Under light load conditions, the carburetor will have to deliver a small amount of air-fuel mixture to the combustion chamber. The crankshaft will spin quickly under a light load condition and when this happens, the flyweights will open up, putting pressure on the governor cup and crank. This will close the throttle, limiting the air-fuel released into the engine.

The crankcase will spin more slowly when the engine loan is increased which will cause the flyweights to relax and the throttle to open back up.

Pneumatic engine governors make use of a movable air vane, made of plastic or metal as a speed-sensing device to make adjustments to the engine speed based on the load detected. This device registers the change of air pressure around the spinning flywheel.

From high engine speeds to sloth-like speeds, governor problems could dampen the performance of the machine and your work. Diagnosing the problem with the governor is very easy and you can either choose to make repairs yourself or leave it to the professionals.

Engine surges could simply be due to a governor that is not properly placed and needs to be adjusted. You can make this work by adjusting the governor and checking to make sure the air vanes (if your engine uses a pneumatic governor) are clear of debris that could restrict the flow of air through the engine.

An overspeeding engine could be due to an improperly positioned governor or it could be that one or more parts of the machine need to be fixed. If you notice this, move the governor level to open the throttle and push the governor arm back toward idle, then take out the governor spring. If the problem persists, then it could be that the motor or other internal parts are damaged.

When the engine surges, it could mean that the governor may be too sensitive, reacts too quickly, and overcompensates for the speed. To confirm that the problem is due to a sensitive governor, you should check the carburetor, or checked for a plugged idle circuit or a worn linkage. If all these components work properly, then you will have to fix the governor. In the governor’s arm, move the spring farther from the shaft to decrease the sensitivity.

How to Adjust the Governor on A Tecumseh Engine

Once adjust, re-connect the spark plug wire to the spark plug and run the engine. Move the throttle to the halfway position and let the engine run for about five minutes. Position the throttle to the wide-open, full position and listen if there is any cut-out in the engine. If it runs smoothly, then back the engine off to idle and wait again. If there is no revving or cutting-out of the engine, then you’re good to go. If not, then you would have to repeat the previous step.

During this process, you should replace the governor spring if you notice that it is wearing out or looks damaged.