If there is a problem with your GE dishwasher, you may find that the lights are blinking and the appliance will not start. Don’t worry about it since we will walk you through the process of diagnosing these faults and putting your GE dishwasher back into proper operating order in this guide. 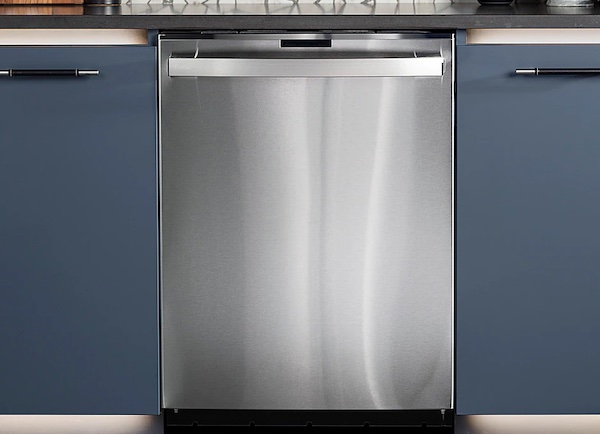 The lights on the GE dishwasher can flash or blink for a few reasons. When a mistake occurs, the dishwasher’s control panel lights will usually begin flashing. It can be caused by the following:

When any other indicator is flashing, there is a second possible scenario. A malfunction in the relevant command or functionality is to blame.

As was said before, one of the key reasons the start light flashes on its own is because it recognizes when the door is opened and reacts accordingly whenever it happens.

You may have a problem with the door latch; however if you have ensured that the door has been closed properly and the start light continues to flash after this step has been taken.

The door’s latch may be damaged, so the door won’t stay closed when it’s secured. There is also the possibility of an issue with the sensor itself.

Whatever the problem, it is a broken door latch, and you will need to replace it. You can do this by yourself or seek the assistance of a trained professional.

2. The door is not properly closed

You may hear the dishwasher’s latch mechanism when you close the door; however, this varies depending on the model.

You may hear a snapping sound when you open and close the dishwasher door. This is because the latch mechanism engages and disengages the door appropriately.

If you pay attention to the “snapping” sound, you might be able to determine whether or not you shut the door completely if the model supports such a feature. However, even after listening to the snapping noise, if the start light won’t stop blinking, then you most likely have a broken door latch. A broken door latch can cause the start light to flash.

The start light flashes on and off in the GE dishwasher when it is performing a quick reset or when the door is open.

The start light will begin flashing when you push the “Start/Reset” button after the dishwasher has already begun its cycle. Water is being drained, and the GE dishwasher is returning to its “standby” state.

Don’t touch the controls, open the door, or turn off the power while the dishwasher is resetting. In 2 minutes, the flashing will stop, and your GE dishwasher will be restored to factory settings.

There could be instances where additional GE dishwasher lights are present. Some flashing problems can be fixed in a specific way. Read on as we explore them in detail.

As we said earlier, specific lights will begin flashing when certain commands or features encounter problems.

One such situation is when the “Sanitize” command’s associated LED is flashing.

When the dishwasher detects that the inside temperature is not high enough for sanitization, the “sanitize” light will begin blinking. (At least 120 degrees Fahrenheit is required)

Typically, a faulty heating coil is to blame for this issue. However, the thermistor, or temperature sensor, may also be defective.

These parts will need to be replaced after a thorough diagnosis.

When the “Clean” button light flashes on and off, it could signal that the heating element is broken.

The dishwasher preheats the water just before starting the “Clean” cycle. This is done so that the detergent may be rinsed away and the dishes can be dried before storage.

A problem with the heating coil exists if the water temperature does not rise to between 120 and 160 degrees Fahrenheit before the “clean” cycle begins.

That heater has to be replaced. However, if you have experience with such things, you should first diagnose the coil and check the resistance.

The “Lock” light on some controllers may flash when the child lock is activated. When this occurs, operating the dishwasher is impossible, and pressing various buttons causes them to flash.

Wait before you give up in a hurry and force a restart. Please verify that the “kid” lock is not activated.

The indicator light next to the “Lock” button may flash or remain lit in some models. If there is no “Lock” button on your panel, you can perform the same action by pressing the “Heated Dry” button.

Most newer GE dishwashers include WiFi connectivity to connect to your smartphone or receive software updates. In the event of connectivity issues, the panel’s WiFi indicator may blink.

Follow these steps to reconnect the dishwasher to the WiFi network and perhaps fix the issue, but first, make sure to “forget” the “dishwasher” device from your smartphone.

While the display is showing “ready to connect,” press and hold the “Power Dry” and “Wash Temp” buttons.

Use the dishwasher’s on-screen instructions for connecting and configuring it.

The dishwasher’s “door light” doubles as the “Start” button’s indicator light. So, if you notice the “door” light blinking, it usually means the door isn’t completely shut.

If the blinking persists after you’ve closed the door completely, the problem lies with the door’s latch, which could be a faulty latch or a malfunctioning sensor.

This indicator would also blink quickly during a quick reset. This light will flash for a few minutes after you push the “Start/Reset” button to indicate that the dishwasher is resetting.

It’s possible to run into problems occasionally that can’t be fixed by a simple reset or a hard reboot. This encompasses the vast majority of hardware-related issues, some of which can be extremely challenging to repair without the right resources and expertise.

If you are unsure of your ability to complete a project independently, it is advisable to get help. They will be able to diagnose the dishwasher’s problem and give you step-by-step advice on how to fix it.

Moreover, they will be able to obtain the required replacement components and carry out the repair independently, freeing up your time to focus on other matters.

If your GE dishwasher is beeping and flashing warning lights but won’t start running, it’s likely because the door wasn’t shut completely. But it’s also possible that this is due to temporary issues that a simple reset can fix. If they aren’t gone after resetting, you’ll need to get a pro in there or get out the tools. 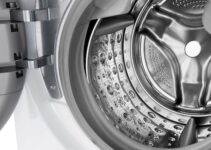 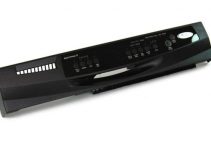 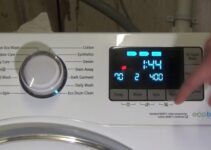 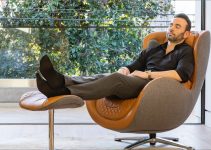 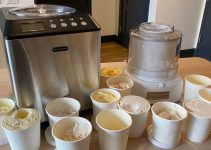 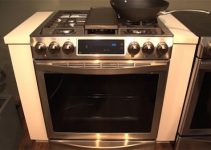